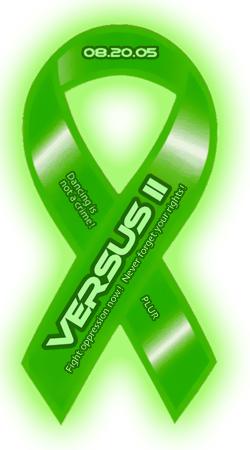 Watch the site Movie-versus.Guns.org and forum threads on UTRave, DOA and 404Audio ! 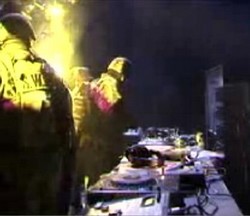 Knick from Evol Intent:
“..A few “troops” rushed the stage and cut the sound off and started yelling that everyone “get the fuck out of here or go to jail”. ..No one resisted. That’s for sure. They had police dogs raiding the crowd of people and I saw a dog signal out a guy who obviously had some drugs on him. The soldiers attacked the guy (4 of them on 1), and kicked him a few times in the ribs and had their knees in his back and sides. As they were cuffing him, there was about 1000 kids trying to leave in the backdrop, peacefully. Next thing I know, A can of fucking TEAR GAS is launched into the crowd. People are running and screaming at this point. Girls are crying, guys are cussing… bad scene…”

This summer similar things happened at the Czechtek rave in Europe:
“on 30 july in MlÃ½nec, Czech Repuplic over 1000 police men from the special forces stopped a legal rave counting 6000 party people. the toll: two deaths and 100 injured.” taken from bleak blog. -> Pictures

44 thoughts on “Police State in Action”